The geographical location of the Observatory is 8 degree 30 min northern latitude and 76 degree 59 min eastern longitude. The Observatory which functions today as part of the Department of Physics, University of Kerala, commenced its operations in 1837 and is one of the oldest of its kind in modern India. It owes its origin to the initiative and vision of Sri Swati Tirunal (1829-46), the versatile Maharaja of Travancore who himself, a keen student of Astronomy. The Maharaja used to discuss the different aspects of astronomy with Mr. John Caldecott, the commercial agent of Travancore Government at Alleppey who was well-versed in astronomy. A formal proposal for the establishment of an Observatory was put up to the Maharaja by Caldecott through Col. Fraser the British Resident and it was sanctioned by the Maharaja who was "desirous that his country should partake with European nations in scientific investigation". Though Caldecott originally proposed the establishment of the Observatory at Alleppey, the Maharaja decided to have it at Trivandrum. The Observatory building was satisfactorily erected under the direction of Lieutenant Horsely of the Madras Engineers who was visiting Engineer and Superintendent of Irrigation in Travancore State. The infant institution received the astronomical instruments owned by Caldecott as a free gift. The Maharaja also took special interest in equipping it with the best instruments available at the time in Europe. Caldecott himself was appointed first Director of the Observatory, in addition to his being the court Astronomer.

Mr. Caldecott's original proposal was the establishment of an astronomical Observatory, and he got down for this purpose a few astronomical instruments but when the institution started work in 1837, greater attention was paid to meteorological observations. The instruments initially procured to the Observatory includes a transit telescope with five feet focal length and four inches aperture, a transit clock an altitude and azimuth instrument having 18 and 15-inch circles and powerful telescopes. Mr. John Allan Brounthe second director established another observatory on the Agustyar Peak in the Western Ghats. The observatory on the Agustyar peak worked from 1855-1859 and 1864-1865. The second observatory was closed citing several problems primarily associated with the location and transport. The astronomical observatory continued to work under the leadership of successive directors. In the 1890’s the institution was divided into two sections one on astronomical observations and another on meteorological observations. In 1951, the meteorology section of the Observatory was taken over by the Government of India and the Astronomical section by the State Government. There are scientific papers pointing towardson how Dr.Vikram Sarabhai used the observatory for his Cosmic Ray measurements.

On January 1, 1976 the Government of Kerala transferred the Observatory to the control of the University of Kerala.The observatory was placed under the charge of the head of the Department of Physics subsequently. For administrative conveniences the Observatory was later provided with a Honorary Director. In the past, the arrival of comet Ikeya-Zhang in 2002 and other astronomical events like eclipses, occultations and transits have contributed in advancing the activities of the observatory. Today the Observatory is Headed by Dr. R. Jayakrishnan, Associate Professor from the University Department of Physics. The observtaoryhas the following facilities

The observatory facilitates Science/Humanities/Engineering graduates and post graduate students to do their project works. The students from IISER and IIST use the centre for documentation of historical scientific endeavours carried out by the institute. The sky watch programmes for students, teachers and the public in the evenings is being conducted on all working days and serves as a public outreach and extension activity of the Department of Physics. A documentary on the Observatory was produced by the Department of Physics with funding from KSCSTE, Government of Kerala in 2020. The documentary was released at the 10th National Science Film Festival of India, 2020 and won two awards. Dr.Anand Narayanan who directed the movie received the award for the best Researcher and Mr. Rahul Rajeev won the award for the best GRAPHICS/ANIMATION /SPECIAL EFFECTS. The Department of Physics recently submitted a proposal for setting up an Interuniversity Centre on Astrophysics and Astronomy to the Government of Kerala. The State Government has now asked the University to submit a DPR for establishing a Centre of Excellence in Astronomy and Astrophysics. The geographical location and the light pollution of the city has rendered the institute unattractive for any state-of-the-art astronomy research. To fulfil the dream of the then Maharaja Swati Tirunal in establishing a center of learning in astronomy at Thiruvananthapuram, it is envisioned by the Department of Physics to upgrade the institute to a learning and outreach centre where specific skill sets in the area of Astronomy and Astrophysics could be delivered making it a global destination for students. 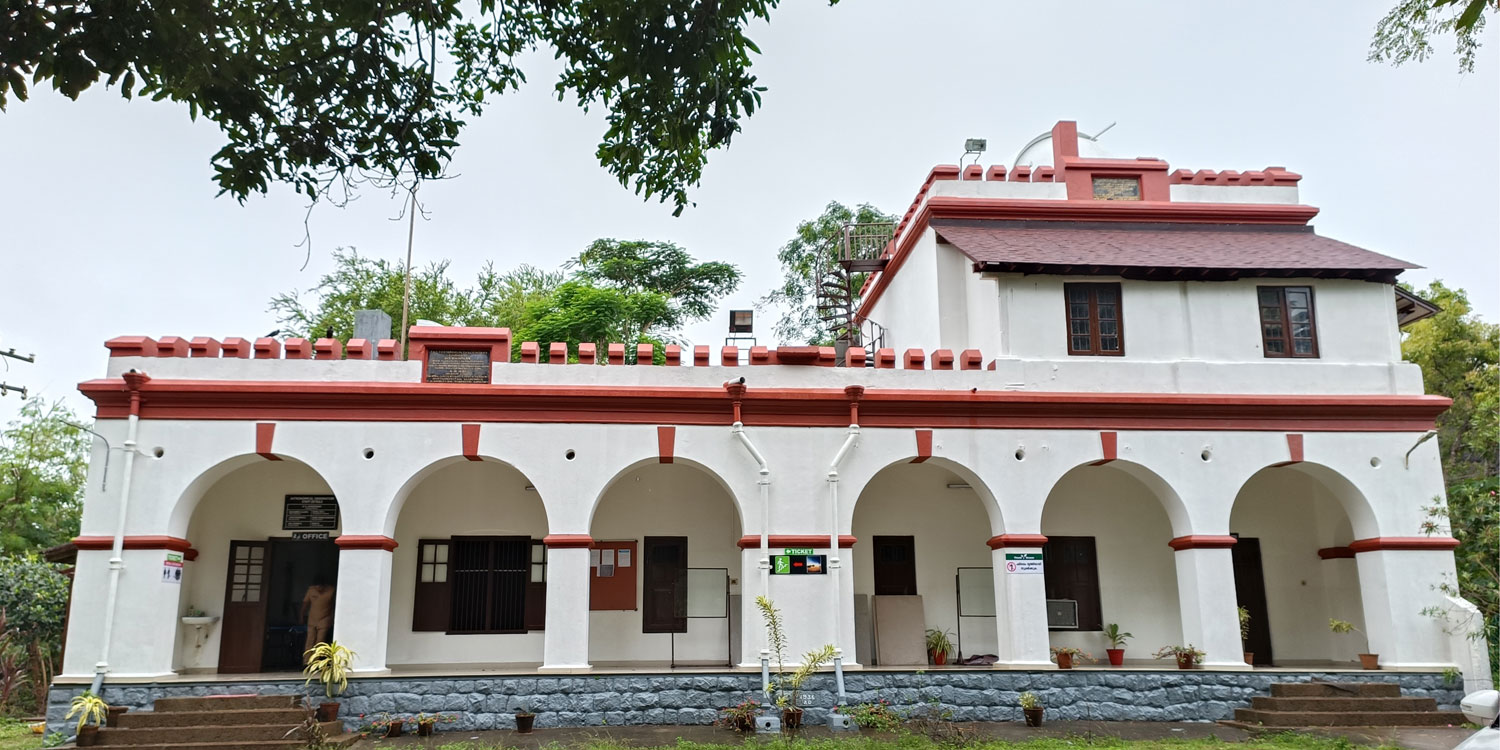 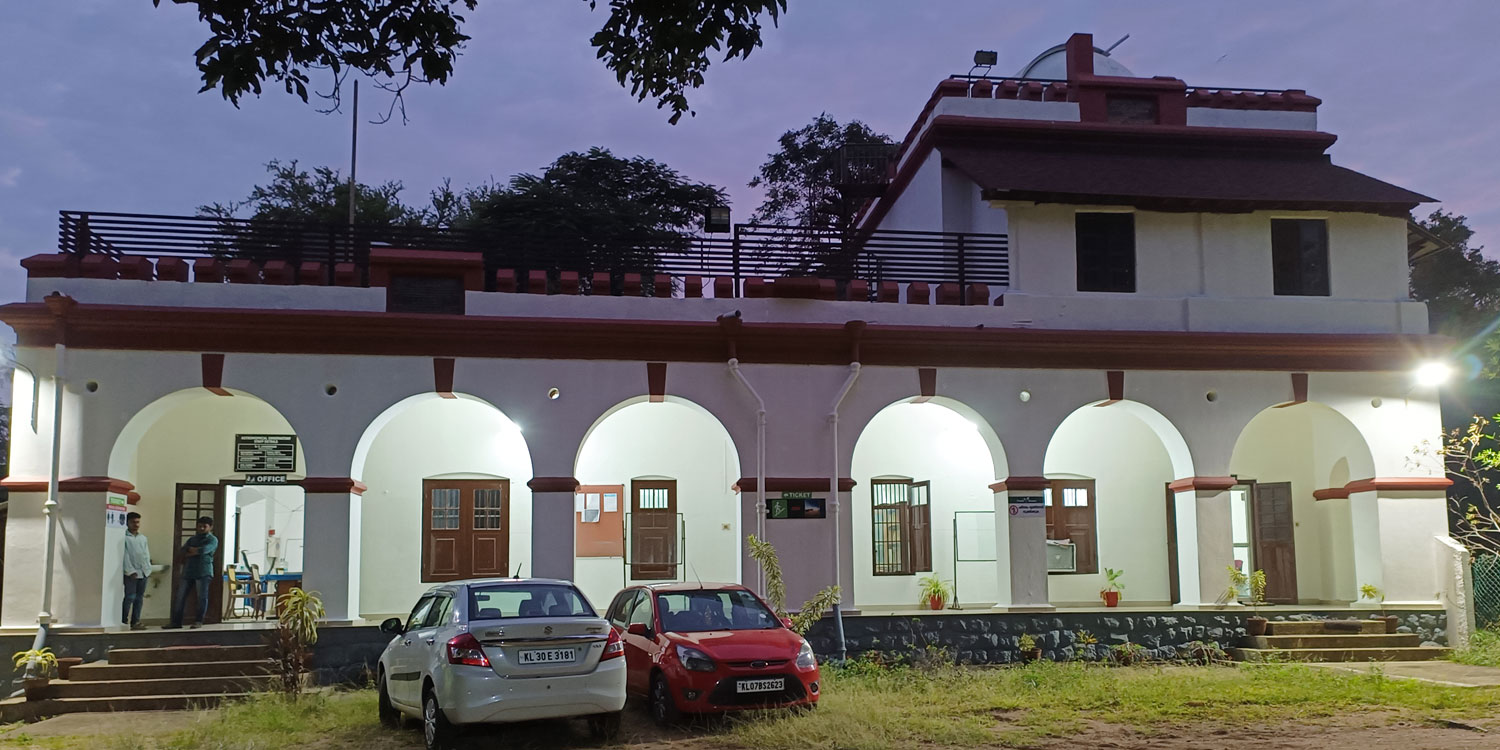 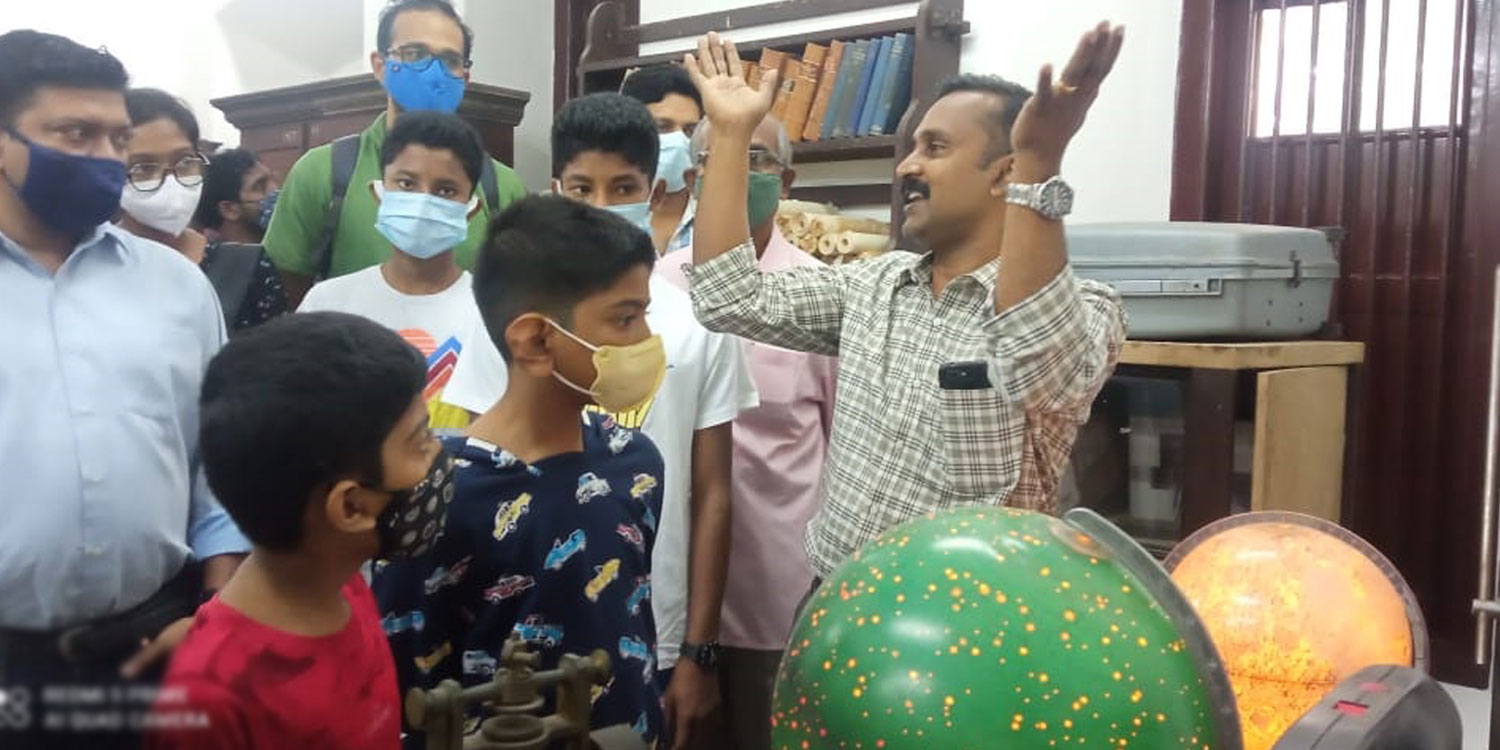